Jefferson Davis was born in Christian County, Kentucky, on June 3, 1808. After a distinguished military career, Davis served as a U.S. senator and as Secretary of War under Franklin Pierce.

Though born in Kentucky, Davis grew up on a plantation near Woodville, Mississippi, eventually returning to Kentucky to attend boarding school in Bardstown. After completing his boarding school education, Davis enrolled at Jefferson College in Mississippi, later transferring to Transylvania University in Kentucky. In 1824, when Davis was 16 years old, President James Monroe requested that Davis become a cadet at the United States Military Academy at West Point (New York). Upon graduating from West Point, Davis was assigned to the post of second-lieutenant of the First Infantry. From 1828 to 1833, he carried out his first active service with the U.S. Army. Davis fought with his regiment in the Blackhawk War of 1831.

In December 1845, Davis won election to the U.S. House of Representatives and claimed a seat in Congress, which caused him to gain more public attention. As a congressman, Davis was known for his passionate and charismatic speeches, and he quickly became actively involved in debates about Texas, Oregon and tariffs. Davis’s congressional accomplishments include orchestrating the conversion of forts into military training schools. Throughout his congressional term, his support of states’ right remained unwavering.

In June 1846, Jefferson Davis resigned from his position in Congress to lead the First Regiment of the Mississippi Riflemen in the Mexican-American War. Davis fought in the Battles of Monterrey and Buena Vista, in 1846 and 1847, respectively. At the Battle of Monterrey, he led his men to victory in an assault at Fort Teneria. He was injured at the Battle of Buena Vista when he blocked a charge of Mexican swords—an incident that earned him nationwide acclaim.

In 1847, following Davis’s heroic feat, Zachary Taylor appointed him U.S. senator from Mississippi—a seat that had opened as a result of Senator Jesse Speight’s death. After serving the rest of Speight’s term, from December to January of 1847, Davis was re-elected for an additional term. As a senator, Jefferson Davis  advocated for slavery and states’ rights, and opposed the admission of California to the Union as a free state—such a hot button issue at the time that members of the House of Representatives sometimes broke into fistfights. Davis held his Senate seat until 1851 and went on to run for the Mississippi governorship, but lost the election.

In 1853, Davis was appointed secretary of war by President Franklin Pierce. He served in that position until 1857, when he returned to the Senate. Although opposed to secession, while back in the Senate, he continued to defend the rights of southern slave states. Davis remained in the Senate until January 1861, resigning when Mississippi left the Union.

In addition to the Obelisk the park is home to a museum that has a good collection of artifacts from the Civil War. The park is located near Kentucky Lake, Ft. Cambell, Shaker Villiage and the Mammoth Cave.

In all the park is a very good place to learn some unknown facts about this man and the Civil War in general. 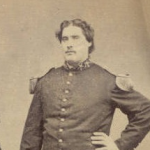